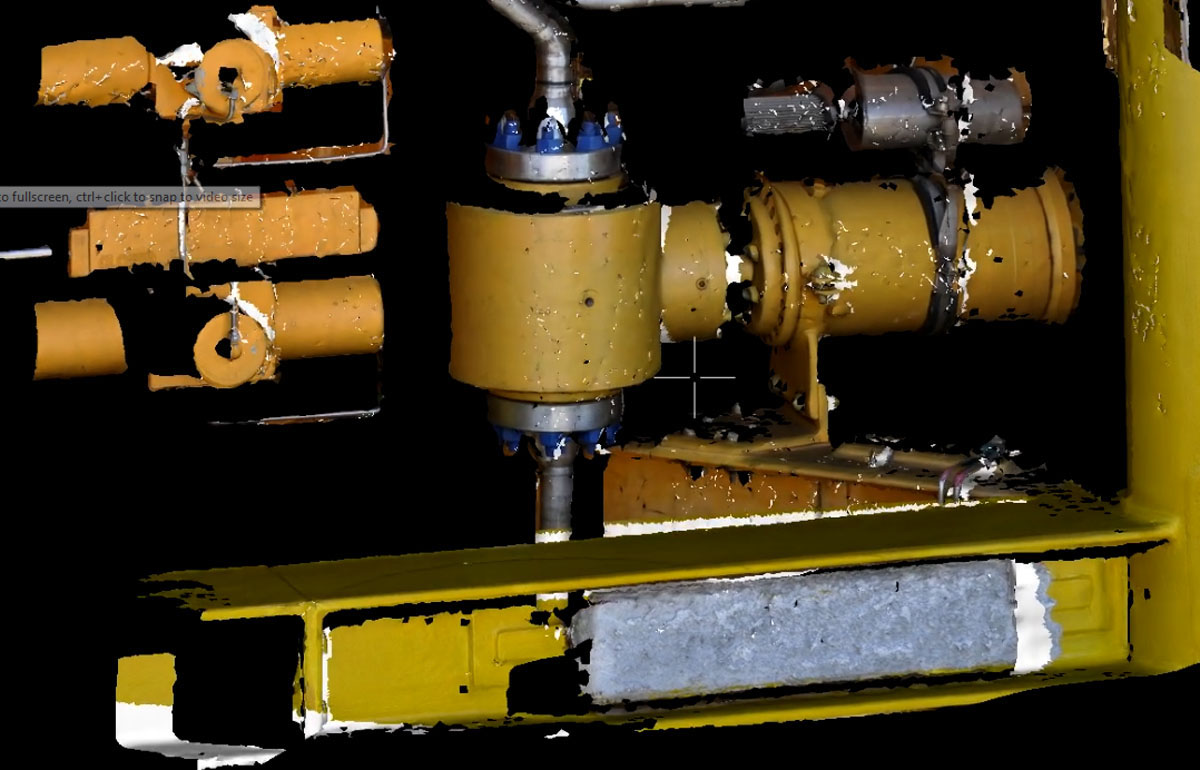 The demonstration generated great interest and led to TMT taking delivery of a ULS-200 for a trial period. TMT's objective was to test the accuracy of the ULS-200, how it functions from an operational perspective, and how the data can be processed and presented for measurement purposes.

TMT scanned a Subsea Intervention Device (SID), H4 Wellhead Connector with ROV Interface Panel, and a Light Well Intervention (LWI) Device. Those three pieces of equipment were scanned in an open air environment. Two smaller objects, a short pipe with a flange welded to it and an aluminum cylinder, were also scanned during the trials. Those two objects were scanned in an open air environment as well as in water in a test tank. TMT Survey Manager, Adam Hamilton, stated that “the ULS-200 performed equally well in both environments.”

The scans were conducted at a range of 2.5m from the target objects and were registered using overlapping areas of adjacent scans. The data processing was primarily completed using the open source software, CloudCompare. TMT also used Hexagon’s 3D Reshaper to create a mesh from the point cloud data and then overlay a photo taken with an SLR camera on the mesh. TMT Survey Technical Coordinator, Roger Garnett, commented on how the ability of the ULS-200 to “store data directly to the command computer allowed for fast quality control and prompt post-processing capabilities.”

After processing the data, TMT measured points within a single point cloud and within the merged clouds of each object. TMT then obtained physical measurements to compare to the measurements obtained from the point clouds to validate the accuracy of the system. The comparison confirmed the ability of the ULS-200 to provide millimetre-level measurement accuracy point to point for a single object and point to point between separate objects. Hamilton remarked that “the survey traverse of scans with the ULS-200 provided terrific point cloud models with millimetre-level misclosure around the complete structures, thus proving that 3D models can be used for high precision measuring and engineering analysis.”

Overall, TMT is pleased with the quality of results and performance of the system. “The ULS-200 proved to perform to the highest degree of accuracy and precision,” said Hamilton. He foresees TMT using the system to obtain accurate dimensional information for applications including “damage analysis of objects such as cracks and deformation, marine growth measurement, and pipe and flange face measurements.”