DOF Subsea, a leading provider of integrated subsea services, will stage the European launch of a significant new addition to its suite of services next week.


During the Ocean Business event at the National Oceanography Centre in Southampton, UK from April 14th to 16th, the company will showcase its newest service, utilising three Slocum Gliders, named the DOF Skandi Explorers, a technology which has previously only been seen in academic and defence circles. 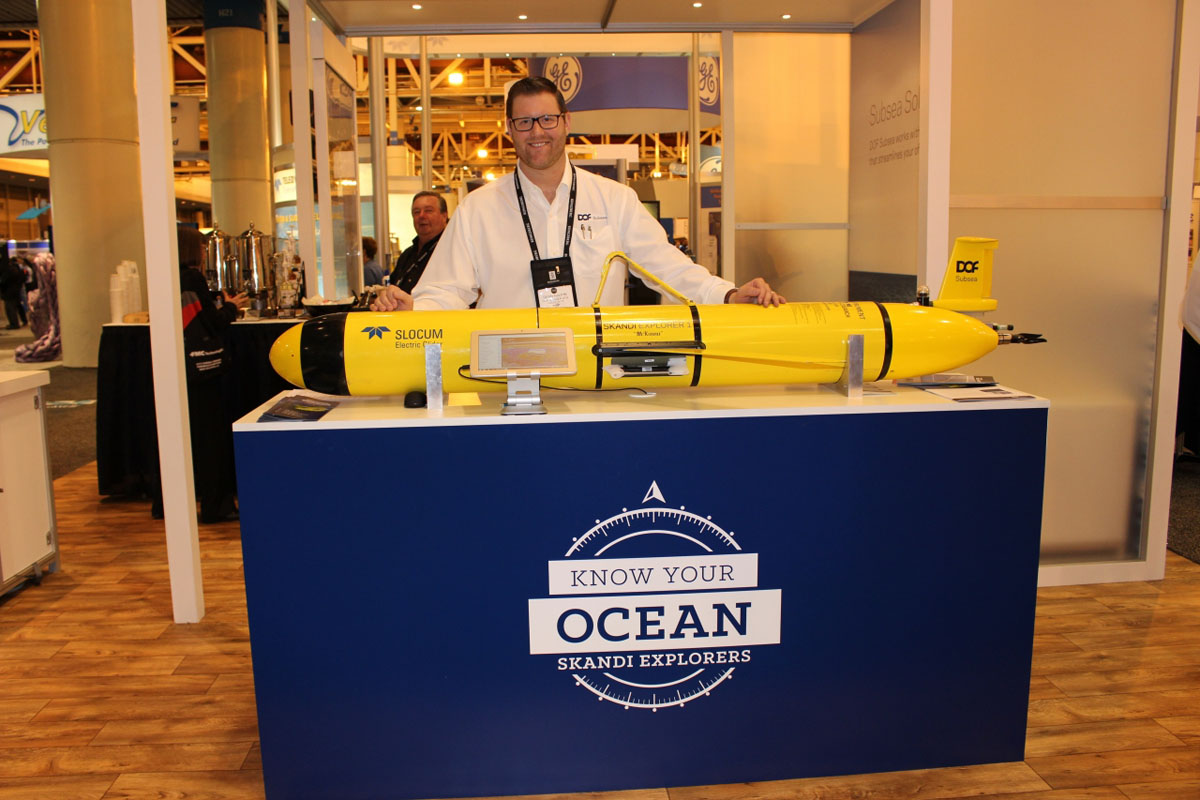 Caption: Sean Halpin with one of the new Skandi Explorer AUVs.


The innovative new glider equipment is described as a cornerstone of the company’s Ocean Observation System (OOS) due to its ultra-efficient, low-power ability to collect data for up to nine months before requiring a battery change. The gliders can measure absolute and relative current velocities as well as physical and chemical ocean properties, harvest subsea data via acoustic modems and detect oil in the water column for a fraction of the cost of conventional methods.


From DOF Subsea’s onshore flight control centre at the company’s regional office in Houston, Texas, the Skandi Explorer AUVs can be deployed in remote areas. Vessels are only required for launch and recovery operations as the gliders were designed to conduct truly autonomous missions without surface support vessels. All operational control of the AUV is accomplished via remote satellite communications with shore-based staff in the Houston centre using an advanced piloting and data aggregation program.


Commenting on the launch DOF Subsea Global AUV Manager Sean Halpin said: “DOF Subsea is pioneering this technology in the oil and gas market, and we are delighted to be achieving commercial success already.


We currently have three Skandi Explorers in our portfolio and we hope to expand this inventory based on market demand.”