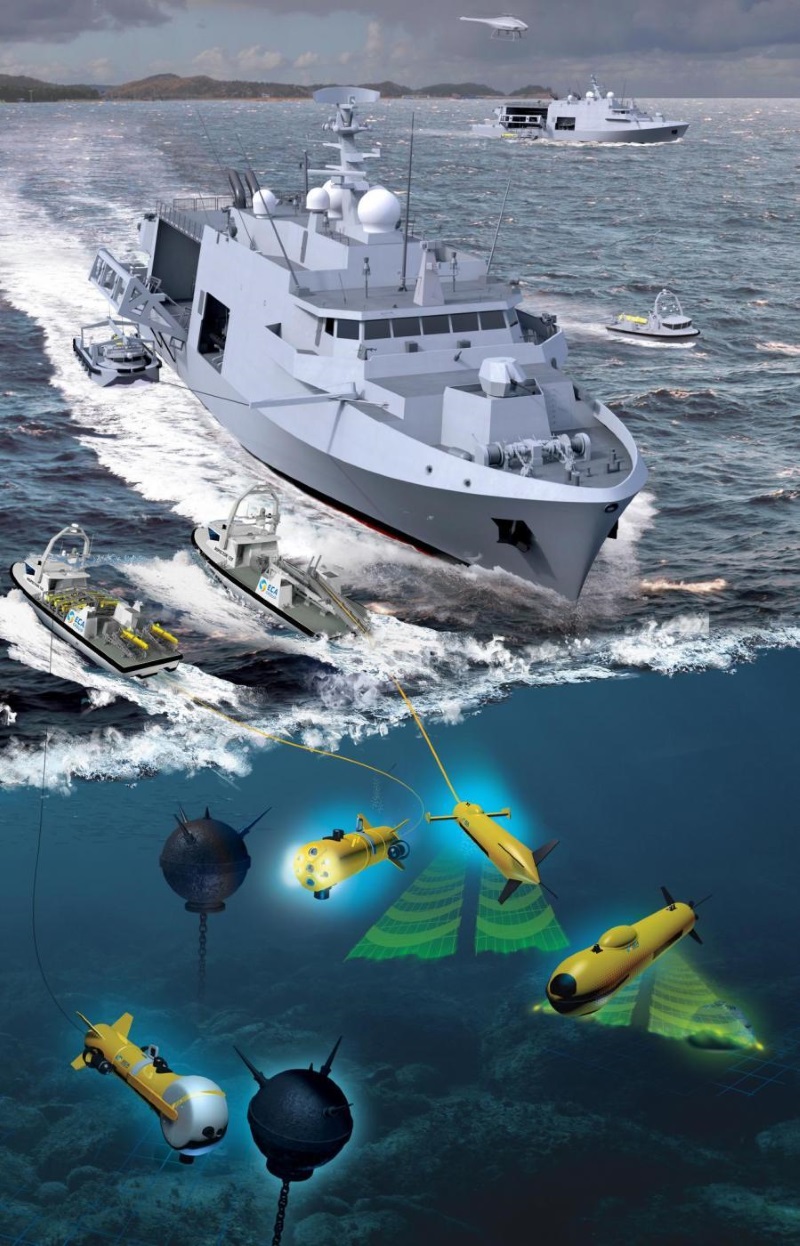 Belgium and the Netherlands have awarded the renewal programme to the consortium Belgium Naval & Robotics, set up by Naval Group and ECA GROUP. This programme consists of 12 new generation vessels (six for the Belgian Navy and six for the Royal Netherlands Navy) and containerized systems. It is the first programme that applies the stand-off concept by using a Toolbox. This Toolbox is comprised of several unmanned vehicles that operators can command and deploy from a safe distance in order to carry out autonomous mine countermeasure missions.

The contract that ECA Robotics France awards to ECA Robotics Belgium involves the manufacturing, supplying and delivery of the following products:

*The USV INSPECTOR 125-M: surface drone capable of deploying all of the Toolbox elements in a specific zone
*The USV INSPECTOR 125-S: surface drone able to tow a sweep system for mine clearance
*The sweep system which will be equipped with magnetic and acoustic modules
*The AUV A18-M: underwater drone integrating the synthetic aperture sonar UMISAS used for mine detection
*Towed sonar T18-M: sonar towed by the USV and which also detects mines
*MIDS system (Mine Identification and Disposal System) consisting of the SEASCAN MK2 and the K-STER C. These two *components respectively ensure the identification and the clearance of the mines
*Transfer and integration of the UMISOFT software for the management of the mission and data analysis
*Supply of UAV V200 Skeldar aerial drones with integrated payloads (LiDAR, optronics pod) for the detection and *identification of surface mines, and communication relay
*Acceptance tests and trials for the systems
*Training
*Programme management

The unmanned vehicles will be manufactured in a new, very modern plant to be built in Ostend, Belgium. Building will start early 2021 so that production can commence in 2022.