At least four people died after a fire broke out on an oil platform in the Gulf of Mexico early on Wednesday, leading to the evacuation of 302 workers, Mexican state-run oil company Pemex said. 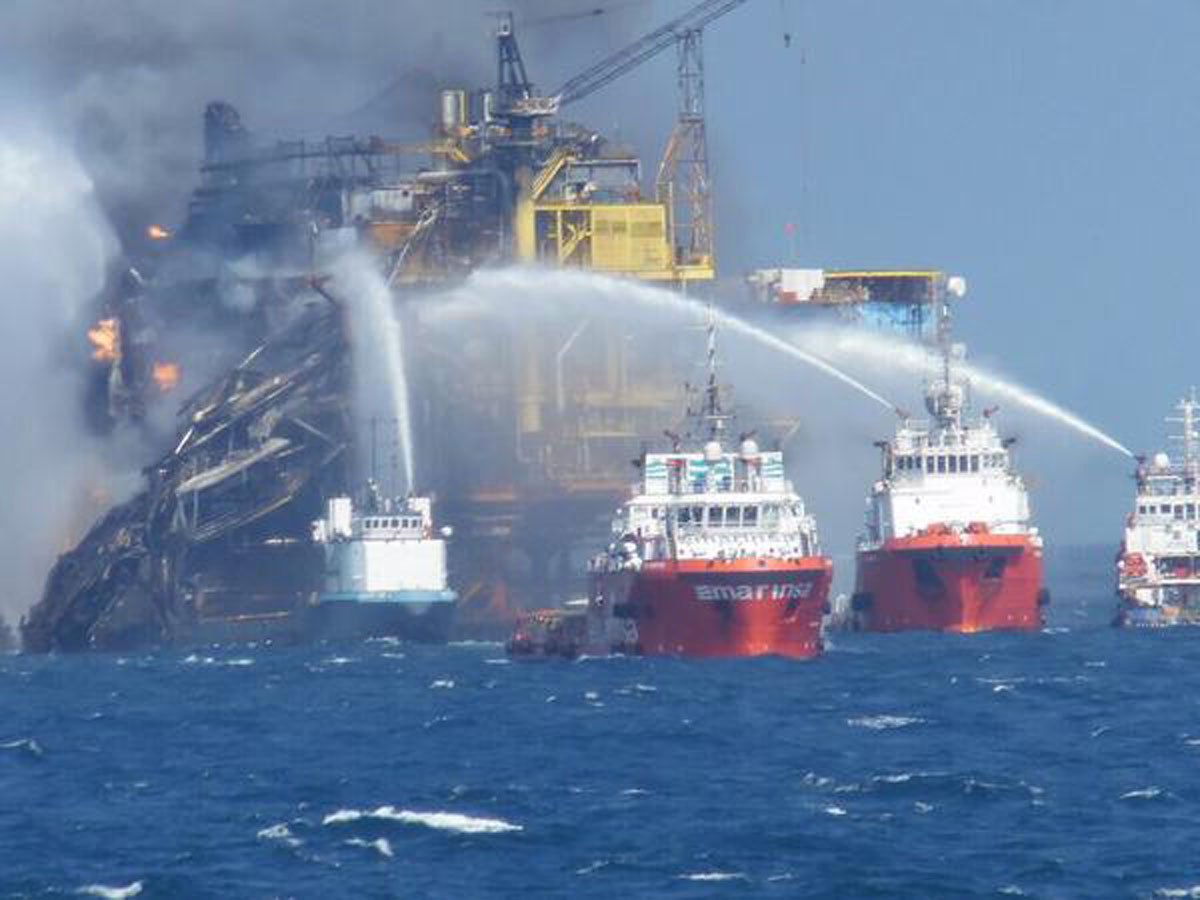 
Local emergency services said as many as 45 people were injured in the blaze, which erupted overnight on the Abkatun Permanente platform in the oil-rich Bay of Campeche.


Eight firefighting boats were battling the flames, Pemex said, adding that one of the fatalities was from their company, another was a contractor for Mexican oil services firm Cotemar and two others have yet to be identified.


Videos posted on Twitter showed the offshore platform engulfed in flames, lighting up the night sky, as rescue workers looked on from nearby ships.


The fire broke out in the dehydration and pumping area of the platform, Pemex said, though it was not yet clear what caused it. There was no oil spill, a company spokesman said.


Authorities gave differing estimates on the number injured in the fire. Pemex said 16 people were hurt, two of them seriously. A spokesman for emergency services in nearby Ciudad del Carmen said on Wednesday morning that 45 people had been admitted with injuries.


Part of the Abkatun Pol Chuc offshore complex, the damaged platform separates crude oil and gas from various wells to produce around 40,000 barrels per day (bpd), output which has now been suspended, the Pemex spokesman said.


In total, the Abkatun Pol Chuc complex produces around 300,000 bpd. Output at the rest of the site was not affected. (Source: Reuters)