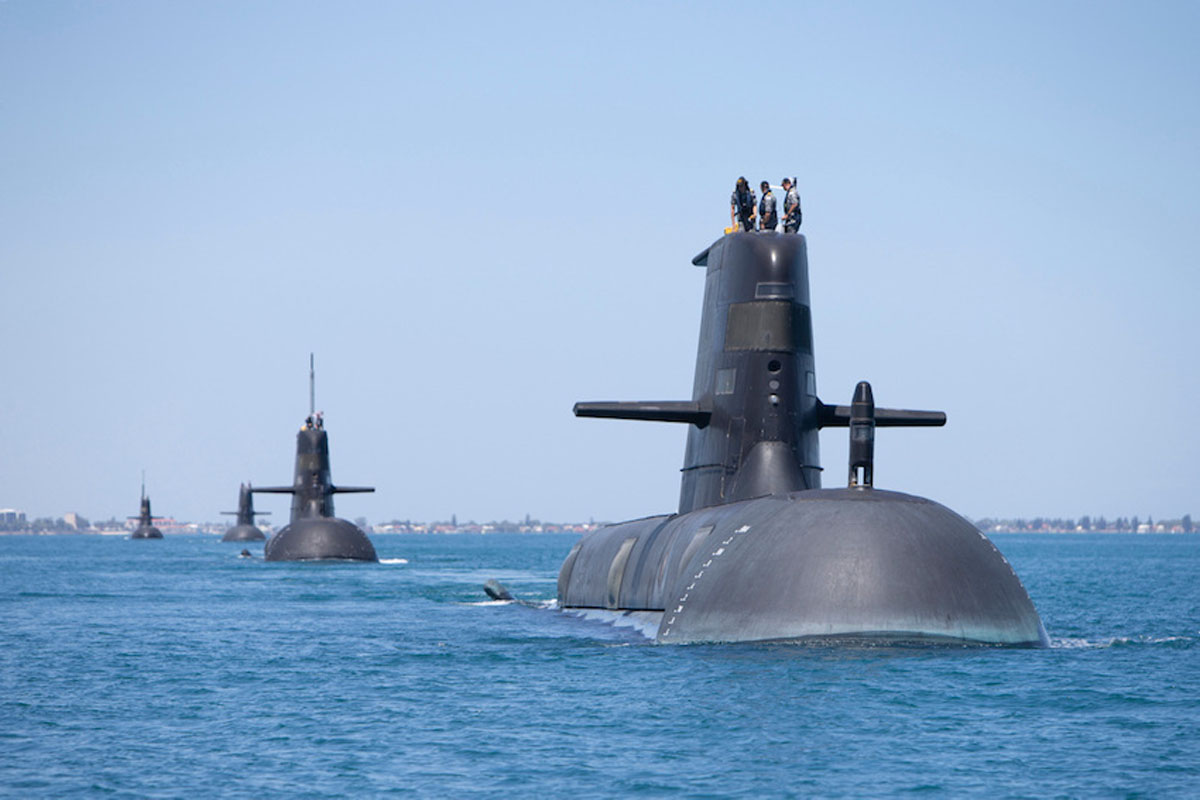 The Commonwealth of Australia Department of Defence has awarded Phoenix International (Australia) Pty Ltd, a wholly owned subsidiary of Phoenix International Holdings, Inc., a contract for a Submarine Rescue Service (SRS) to include the acquisition and support of the SEA1354 Ph 1 Submarine Escape, Rescue, and Abandonment System (SERAS).

The SRS will be delivered on a four-year acquisition schedule, and the contract includes:

* Design and construction of a Submarine Rescue Facility (SRF) for; training of rescue personnel and Royal Australian Navy (RAN) submariners, storage of all submarine escape and rescue equipment, and mobilisation of the Phoenix Australia team and equipment in the event of a disabled submarine (DISSUB) casualty. The SRF will be constructed at the Australian Maritime Complex in Henderson, WA by Civmec.

* Design and fabrication of a 600m capable Remotely Operated Rescue Vehicle (RORV); the design will be a joint effort amongst Phoenix Australia in Henderson, WA; Phoenix International in Largo, Maryland, USA; and Southwest Research Institute (SwRI) in San Antonio, Texas, USA; fabrication and outfitting of the RORV will primarily take place in WA at the SRF.

* Design and fabrication of a shallow water Submarine Rescue Bell (SRB); like the RORV the design will be a joint effort by Phoenix Australia, Phoenix International, and SwRI with outfitting of the vehicle in WA at the SRF.

* Design and fabrication of complete Transfer Under Pressure (TUP)/ hyperbaric suite for decompression of rescued submariners; Sydney-based HI Fraser and their subcontractor, the Italian company Drass, will design and fabricate this system in Livorno, Italy, at the HI Fraser facility in WA, and at the SRF.

* Design and fabrication of a Remotely Operated Vehicle (ROV) by Total Marine Technology (TMT) in Bibra Lake, WA. TMT will also apply their design expertise to the control systems for the RORV and SRB.

Pat Keenan, President of Phoenix International, stated, “Phoenix Australia is honored to have been awarded this important contract to support the RAN submarine force. We look forward to moving this project ahead and delivering a fully capable rescue system to the Australian Navy.”

Following the acquisition, Phoenix Australia will operate and maintain the entire rescue capability for a period of six years with follow-on contracts to support the capability for 25+ years.

Kent VanHorn, Phoenix International’s Submarine Rescue Program Manager, in reviewing the design for the Australian capability, said, “At delivery, Australia will possess the most advanced and most mobile submarine rescue capability in the world. The system will be capable of operating from thousands of ships, and capable of mobilisation by rail, road, sea, and air, including C-17, C-5, AN-124, B747, and B777 aircraft.” Ian Milliner added, “Australia’s rescue capability will extend the full length of the water column, with no gaps in rescue depth coverage from the surface down to 600m.”

Phoenix International was awarded the US submarine rescue operations and maintenance contract in 2006 and a follow-on contract in 2014. Phoenix, under the direction of Undersea Rescue Command in San Diego, California, mobilised all US rescue and intervention assets on board two Vessels of Opportunity in Argentina in response to the missing submarine ARA SAN JUAN. This was the only full-scale response by any rescue contractor in the world. Mr. VanHorn stated, “No other company has completed more submarine rescue air mobilisations than Phoenix, and the Australia design incorporates those lessons learnt, which is important for an island nation like Australia that deploys its very capable submarine force to great distances. This system provides the best chance for reaching a DISSUB far from its home port.”