The Breidablikk field ready for development

Equinor and partners Petoro, Vår Energi and ConocoPhillips Skandinavia have decided to develop the Breidablikk field in the North Sea. Today the partnership will submit the plan for development and operation to the Minister of Petroleum and Energy, in addition to awarding contracts for subsea facilities and upgrading of the Grane platform. 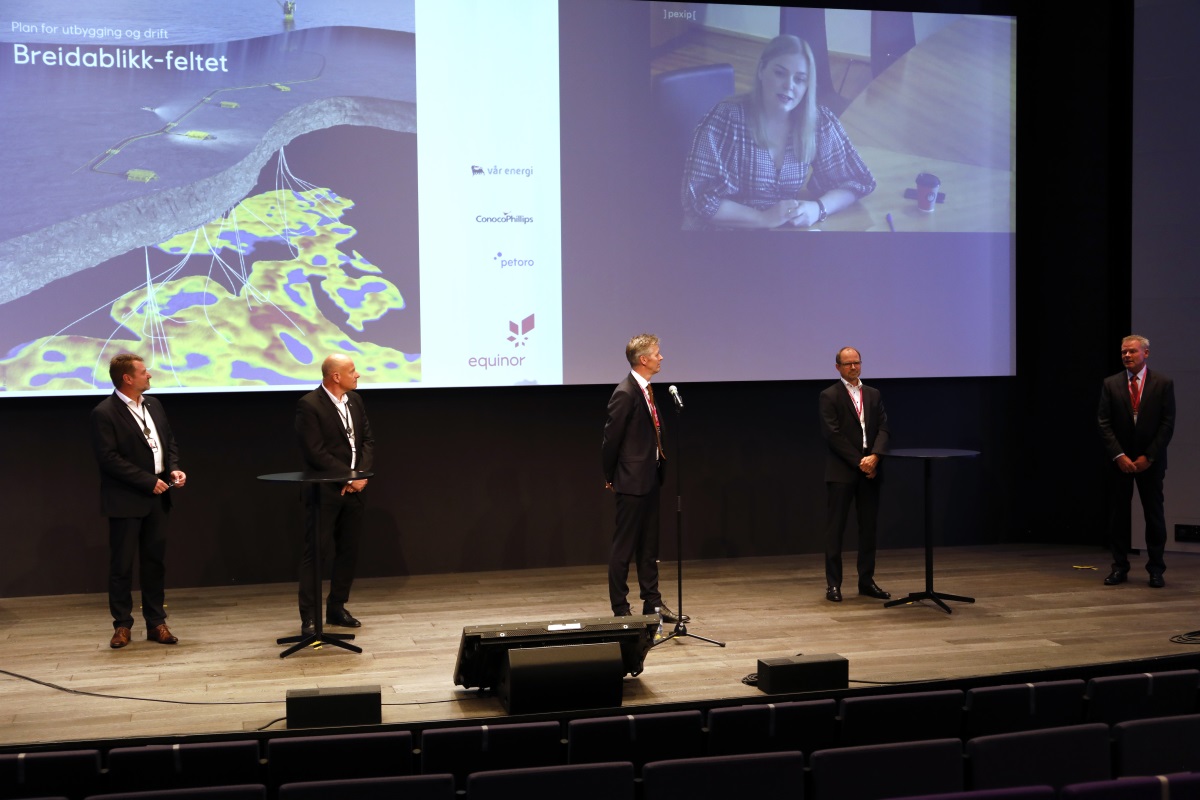 
The expected production from the field is about 200 million barrels, investments totalling about NOK 18.6 billion.

“The Breidablikk field is one of the largest undeveloped oil discoveries on the Norwegian continental shelf (NCS). Field development will create substantial value for the Norwegian society and the owners. We are also pleased to award two key contracts today at a total value of NOK 3.3 billion, including options. The contracts will contribute to important activity for the supply industry and secure jobs for many years,” says Geir Tungesvik, Equinor’s acting executive vice president for Technology, Projects and Drilling.

The development concept chosen for the Breidablikk field is subsea development with 23 oil producing wells from four subsea templates that are controlled from Grane. Breidablikk will be tied in to the Grane platform for oil processing prior to being brought ashore at the Sture terminal. The production from Grane will be monitored with advanced digital tools from Equinor's integrated operations centre (IOC) at Sandsli to ensure optimal production and value creation from the wells.

“I am pleased that we together with our partners have matured the Breidablikk field to development. Breidablikk shows how the industry’s combined competencies create high value and returns from a world-class infrastructure on the NCS,” says Arne Sigve Nylund, Equinor’s executive vice president for Development and Production Norway.

“Breidablikk will contribute significantly to maintaining profitable production in one of our core areas on the NCS,” Nylund adds. 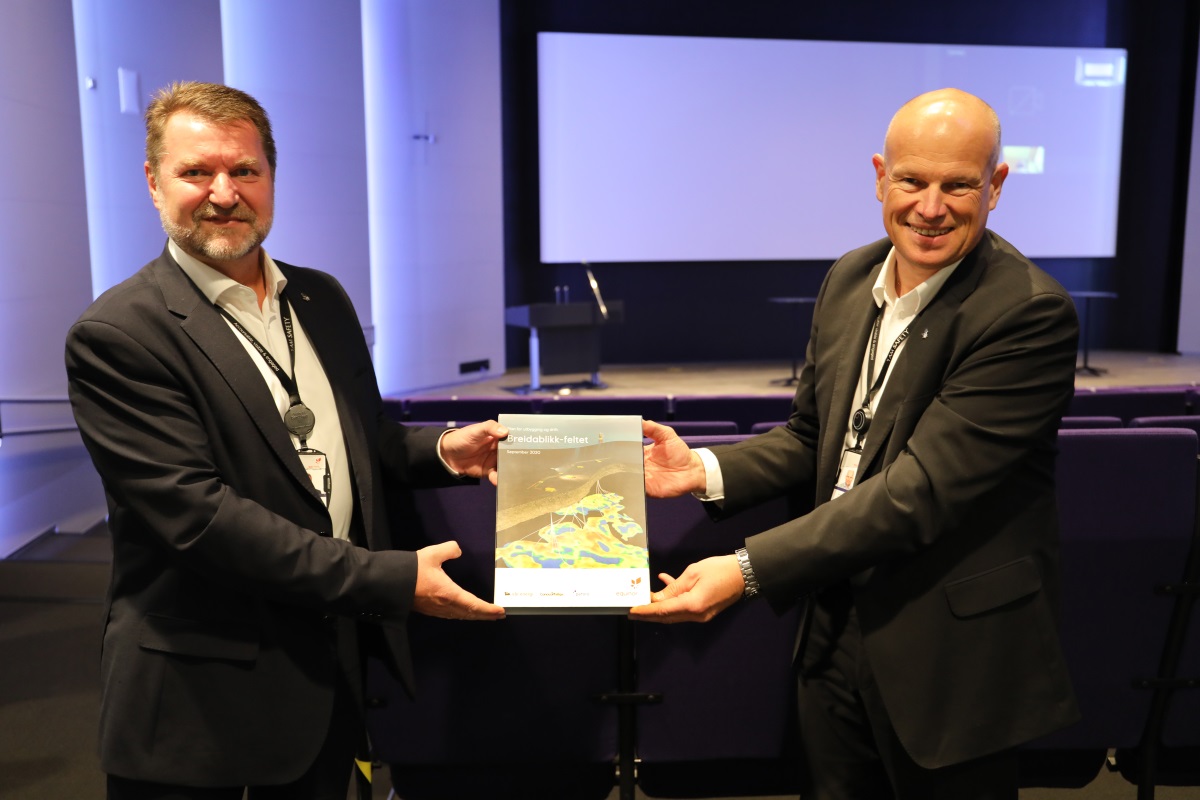 
The Breidablikk development will include a control cable system for electricity and communication (DC/FO). This is a relatively new technology that can reduce the costs associated with further development of the field, in addition to facilitating the use of docking stations for subsea drones on the seabed. The phase-in of Breidablikk will reduce the CO2 intensity on the Grane field.

Securing jobs in the supply industry
The contract for subsea production facilities is awarded to Aker Solutions. The contract covers the delivery of four subsea templates and up to 23 subsea trees and associated components. The contract value is estimated at about NOK 2.5 billion, including options. Around 300 man-years in Norway will be associated with the project for the supplier, with project management and engineering at Fornebu and Tranby, fabrication in Egersund and Sandnessjøen and service organisation in Ågotnes. In addition, there will be deliveries from the UK, Malaysia and Brazil.

Wood, the maintenance and modification supplier for Grane, has performed studies for the Breidablikk project, and an option for engineering, procurement, construction and installation (EPCI) will now be exercised for the company. The work scope includes equipment installation on the Grane platform in order to receive oil from the Breidablikk subsea facility. Existing processing equipment and water purification system on the platform will be upgraded. With an estimated value of about NOK 800 million the contract is expected to create over 500 man-years in Norway. The engineering work will be performed in Sandefjord and the fabrication will take place in Stavanger.

Earlier this year TechnipFMC won a contract for pipelaying in the Breidablikk project with options for subsea installation. The award contributes to sustaining workplaces for TechnipFMC in Norway, including the Orkanger spool base, where the pipelines will be fabricated before they are reeled onto the installation vessel.

All contracts have not been awarded, however about 70% of the value creation in the development phase is expected to go to Norwegian companies. The contracts are subject to government approval of the plan for development and operation.

Oil will be transported through the Grane oil pipeline to the Sture terminal in Øygarden municipality for storage and shipping. The field will be operated from Equinor’s Sandsli facilities in Bergen. Breidablikk is being phased in during a period of declining oil production at Grane and will help maintain the activity level on the platform.

First oil from the field is scheduled for the first half of 2024.

Partners: Equinor Energy AS (operator), Petoro AS, Vår Energi AS and ConocoPhillips Skandinavia AS. 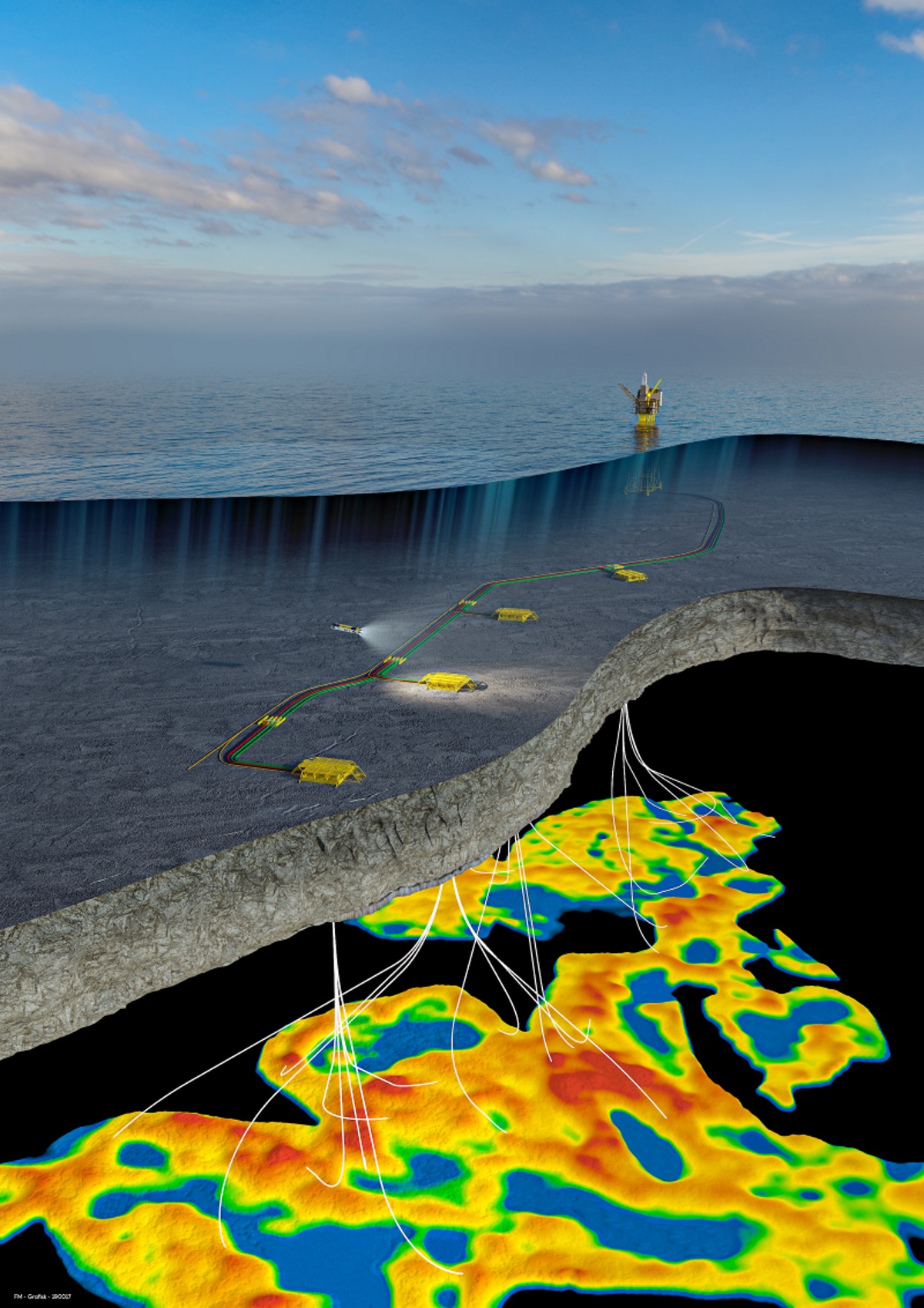 THE BREIDABLIKK FIELD
*3 discovery wells; the first one in 1992, followed by two new ones in 2013 and 2014
*The Breidablikk field is located northeast of the Grane field in approx. 130 metres of water
*The hydrocarbons on the Breidablikk field extend over an area of approx. 37 km2
Development:
*23 oil producers
*Four subsea templates with six well slots
*Two 14’’ tubings
*One 8’’ gas lift line
*One umbilical for hydraulics and chemicals
*One umbilical for power and communication (DC/FO)

THE GRANE FIELD
*Grane is an oil field in the North Sea developed using an integrated accommodation, processing and drilling platform with a fixed steel jacket
*Discovered by Hydro in 1991, the field came on stream on 23 September 2003
*The platform is located some 185 kilometres west of Haugesund in 127 metres of water
*During an ordinary operating year without sizeable projects about 250 man-years of employment are created by the Grane field

THE STURE TERMINAL
*The Sture terminal in Øygarden municipality in Vestland county is an important shipping harbour for crude oil
*The terminal receives the oil from the Grane field through the Grane Oil Pipeline (GOP), a 212-kilometre oil pipeline