In a historic series of dives this month, explorer Victor Vescovo escorted four passengers to the bottom of the Mariana Trench at Challenger Deep. Over the course of 11 days, Vescovo and his guests visited all three pools of Challenger Deep in Triton Submarines’ deep-submergence vehicle (DSV) Limiting Factor, uncovering new knowledge, collecting samples, setting records and expanding the capabilities of mankind even further.

“It is really exciting to be able to bring others down with me to the deepest point on Earth and share this unique experience with them,” said Victor Vescovo. “Our ability to safely visit the most remote point on our planet regularly pulls the curtain away from the ocean deeps for mankind. It enables us to discover more about this planet that still has so much to teach us.”

Challenger Deep, the deepest area in the Mariana Trench, is found in the Pacific Ocean near Guam and is the deepest point on planet Earth. At 36,200 feet down, the descent to Challenger Deep has rarely been attempted – and even less often accomplished – throughout human history. With 12 dives to the bottom completed, Victor Vescovo is one of only two people to have reached that depth more than once (the DSV Limiting Factor’s builder, Patrick Lahey, also made two trips), and the only person to have accomplished the dive three times or more.

On March 1, 2021, Victor was joined by Richard Garriott for a dive to the southern edge of Challenger Deep’s eastern pool. Garriott was one of the leaders in developing the PC gaming industry in the 1980s and is the incoming president of the Explorer’s Club. After serving as mission specialist during the dive, Garriott is now the first person in history to have visited space, both poles and Challenger Deep.

On March 3, 2021, Victor hosted Michael Dubno as they dived to the eastern pool of Challenger Deep to explore its northern edge. Dubno is an inventor, artist, machinist, roboticist, tech entrepreneur, software developer and a former senior executive at Goldman Sachs where he developed the automated trading system that revolutionized the way they do business. Dubno and Garriott are longtime “exploration partners” and have previously visited Nicaraguan lava pits and reached the North Pole together. The dive to Challenger Deep is now the latest on the pair’s list of achievements.

On March 5, 2021, Vescovo and Hamish Harding visited the eastern pool of Challenger Deep. With Vescovo as pilot and Harding serving as mission specialist, the duo started near the eastcenter of the pool and traveled to the west-southwest, climbing over 700 meters/2,300 feet vertically from the base of the Deep. During the dive, the team encountered one of the highest vertical walls in the Challenger Deep, at over 150 meters tall, along the “subducting Pacific plate.” Additionally, Vescovo and Harding discovered colonies of Galatheanthemum (deep Actiniaria), in numbers not yet encountered at this depth (over 30 in a limited area). At dive’s end, the team set a world record for the longest time spent on bottom of Challenger Deep at 4 hours and 15 minutes, as well as the longest distance traveled at the bottom of the ocean at 4,637 meters (as precisely measured from a geostationary beacon on the seafloor).

On March 11, 2021, Vescovo and Nicole Yamase descended to the western pool of Challenger Deep -- the same location where the Trieste reached the Challenger Deep for the first time in 1960. There, they collected rock samples from the northern slope (also known as the “Accretionary Wedge”). Yamase, daughter of the Chief Justice of the Federated States of Micronesia’s Supreme Court, is completing her PhD in marine botany this summer at the University of Hawaii. Yamase’s dive with Vescovo makes her the first woman to reach the western pool, the youngest (and third) woman ever to visit Challenger Deep and the first citizen of her country to make the journey to the bottom.

Upcoming expeditions this spring by Vescovo and his team will include the first-ever manned dives to the bottom of the Philippine Trench and a search for ultra-deep World War II shipwrecks off the coast of Samar Island, Philippines. 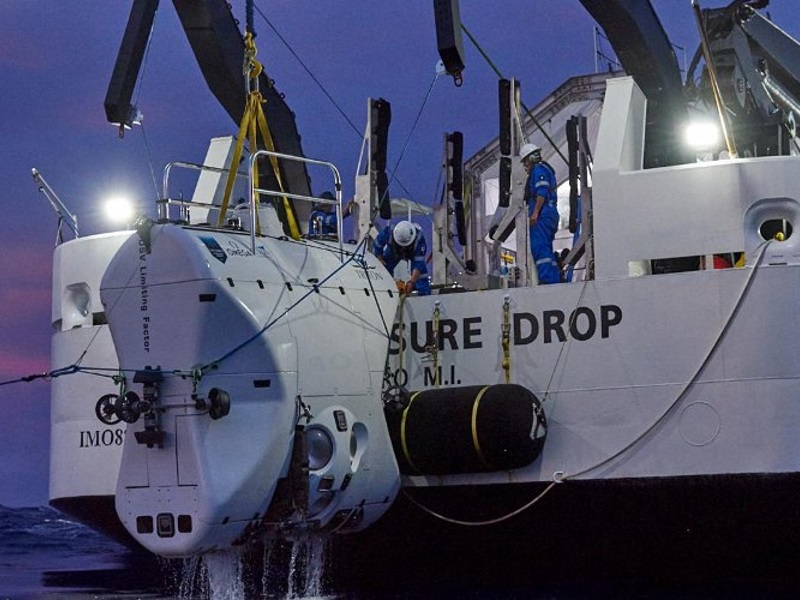 The “Hadal Exploration System,” which consists of the DSSV Pressure Drop mother ship, the DSV Limiting Factor submersible, three full-ocean-depth (FOD) landers, and the state-of-the-art Kongsberg FOD multibeam mapping sonar, are currently on the market for sale to a government, philanthropic marine research organization or industry. Eggar & Forrester Shipbrokers of London is currently marketing the system. Parties interested in purchasing the system as a whole or in part should contact CaladanOceanic@richards.com for the broker’s contact information.

For additional information about this groundbreaking achievement, and to learn more about the past exploits of Victor Vescovo and the Caladan Oceanic team, visit CaladanOceanic.com. 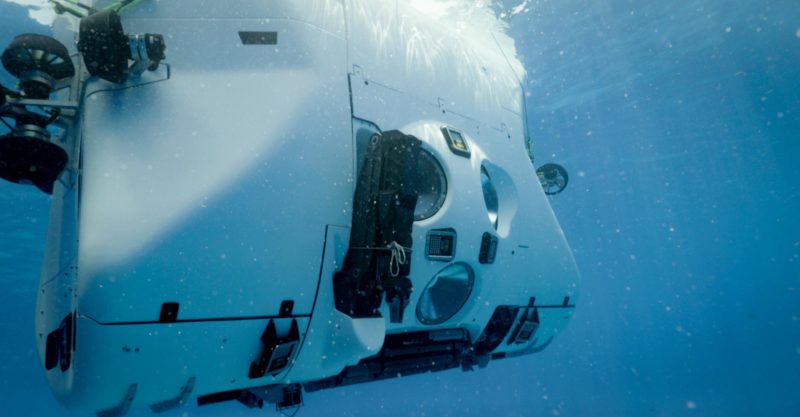 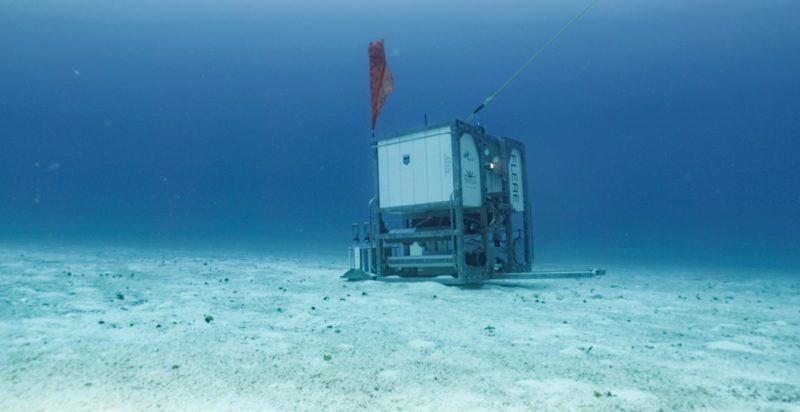