The government this week announced an investment of over £19 million into NOC platforms and sensor development through the Industrial Strategy Challenge Fund (ISCF). 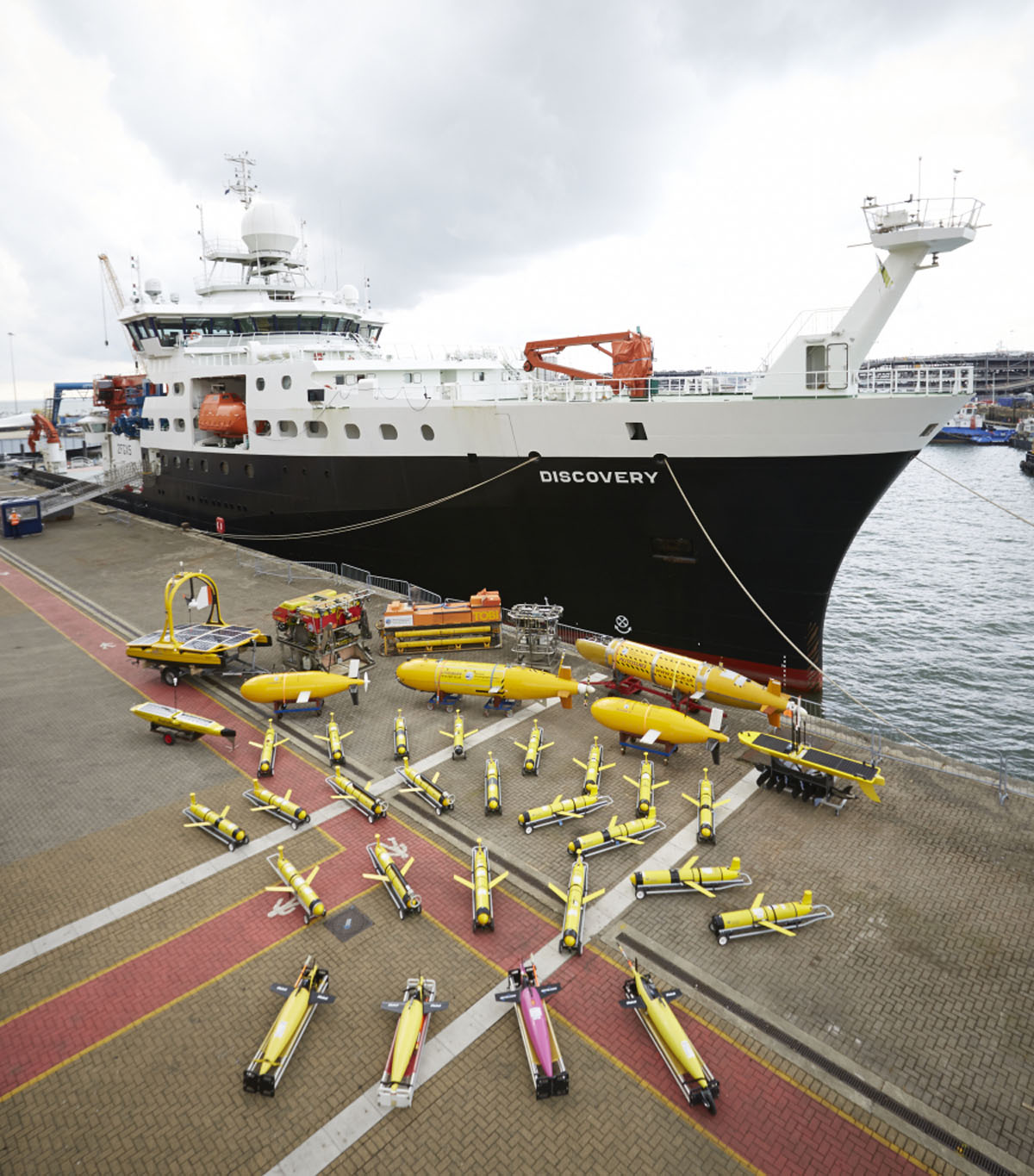 The investment in marine robotics, which is known as the ‘Oceanids’ programme, will see NOC engineers develop two new autonomous underwater vehicles: a 1500 m depth-rated Autosub Long Range (ALR1500), that will join the "Boaty McBoatface" family of long-endurance unmanned submarines, and a 2000m depth-rated vehicle capable of carrying high-power sensors and venturing under ice (Autosub2000-UI). The Oceanids team will also develop new command-and-control systems for efficient Marine Autonomous Systems (MAS) fleet management, co-ordinate demanding sea trials for the new vehicles and sensors to ensure they are ready for science and operational use, and build an enhanced MAS control room in the Marine Robotics Innovation Centre based at the NOC in Southampton.

Oceanids SRO, Julie Pringle-Stewart said: “The NOC will be seeking to add value by ensuring the funding for this disruptive technology innovation is translated into industry, by working in partnership through our existing innovation centre partners and associates and wider. Oceanids will help us strengthen academia-industry-government stakeholder engagement through funding initiatives, such as the enhanced control room in the innovation centre, and will build on previous investment to enable greater autonomy and smarter operation of new and existing platforms, for example through enhanced command and control.”

Some of this investment will be used to develop new sensors capable of working within the ocean’s most extreme conditions. The sensors will be able to perform different functions whilst out at sea, helping researchers to answer questions about our changing oceans such as how carbon dioxide moves between ocean and atmosphere and the health of cold-water corals in marine protected areas.

The new sensors are currently in development and will be market ready by the end of the programme, with three of the projects already involving commercial partners such as ANB Sensors, Planet Ocean Ltd, ASV Ltd and Chelsea Technologies.

Also this week it was announced that three new MAS projects will be undertaken by the NOC and its industry partners, following successful bids as part of a collaborative R&D competition run by Innovate UK. The funding awards were announced at the Innovate 2017 conference by Climate Change and Industry Minister, Claire Perry, as part of the government’s £93 million of funding for the ‘robotics and AI in extreme environments programme’ through the ISCF. The programme aims to develop robotic solutions to make a safer working environment in industries such as offshore energy, nuclear energy, space, and deep mining, increase productivity, and open up new cross-disciplinary opportunities.