“Risks and Opportunities” - International Conference on the Removal of Ammunition Contamination

More than 1.5 million tons of old ammunition lie at the bottom of the North and the Baltic Sea. In order to address the increasing danger to people and the environment, experts from Schleswig-Holstein have taken on a pioneering role in the detection, monitoring and clearance of such sites. The State of Schleswig-Holstein would benefit further by establishing a new branch of maritime industry and marine research. At the Kiel Munition Clearance Week 2021, approaches to solutions are discussed until 10 September. 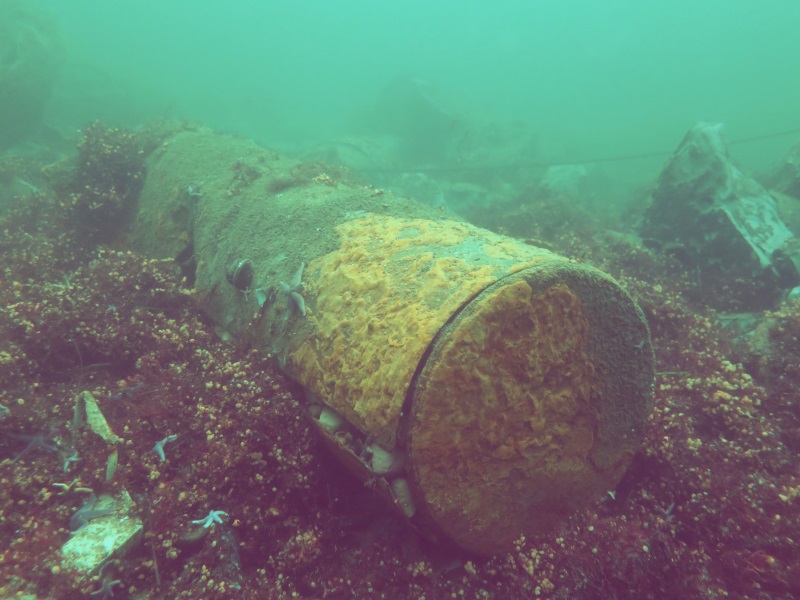 Ammunition resides at the bottom of the Baltic Sea (Photo: GEOMAR)

Since the end of World War II, more than 1.5 million tons of ammunition have been lying on the bottom of the North and Baltic Sea – a danger to people and the environment. Substances from the explosives are dispersed in the water and regularly detected in marine plants and animals. Carcinogenic substances even enter our food chain via fish and seafood. Not only Germany, but also countries such as Great Britain, France, Italy, the USA, Canada or Japan are faced with the challenge of removing the munitions quickly, safely and in an environmentally friendly manner. 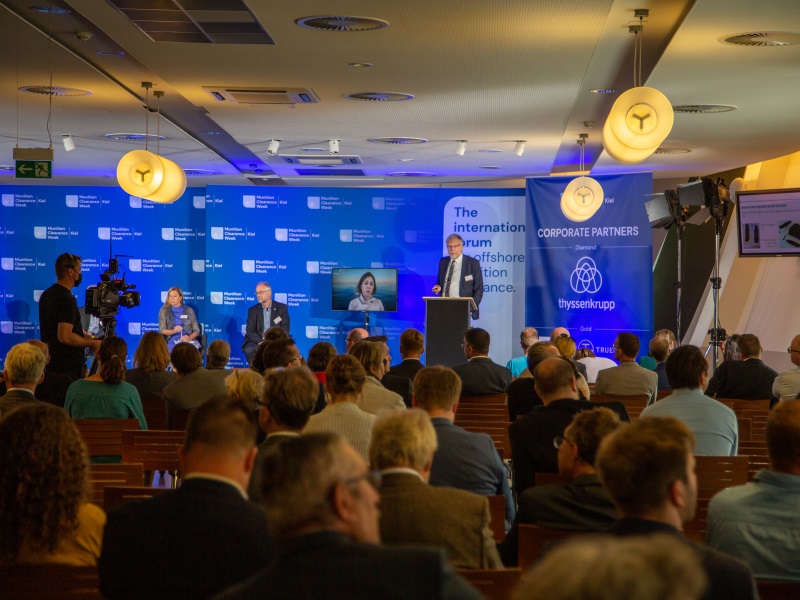 The “Kiel Munition Clearance Week” therefore brings together experts from politics, business, science, environmental protection and the navy in the Business Lounge of the Wunderino Arena Kiel from 6 to 10 September 2021. At the international conference, the European Commission's Directorate-General for Maritime Affairs and Fisheries (DG MARE) also presents the preliminary results of its study on munitions in the sea for the first time.

“The systematic removal of munitions from the seas is a long-term task & a major undertaking but every marathon also begins with a first step”, says Schleswig-Holstein’s Minister-President Daniel Günther (CDU), patron of the event. For Norbert Brackmann, the German government's coordinator for the maritime economy, this task represents a central challenge for policymakers, authorities, marine researchers and historians for the next few years.

“Our vision is to get the world's oceans free of munitions waste by 2100,” explains Jann Wendt (north.io GmbH), initiator of Munition Clearance Week and founder of the international Ammunition Cadastre Sea (AmuCad.org). AmuCad.org organises the congress together with GEOMAR Helmholtz Centre for Ocean Research Kiel, the Kiel Economic Development Corporation, the Maritime Cluster of Northern Germany, the state initiative Zukunft Meer, the Ministry of Economics and the Ministry of the Environment of Schleswig-Holstein, TransMarTech, the Chamber of Industry and Commerce of Schleswig-Holstein and the European research project Boost Applied munition detection through Smart data inTegration and AI workflows (BASTA).

Around 150 experts will attend the conference in Kiel, including 50 speakers. In addition, more than 350 participants from 25 countries will be connected virtually. The event will be broadcast live on the internet platform “hopin” at https://hopin.com/events/kmcw21.

“GEOMAR has been working on various aspects of the topic since 2013 and will continue with its scientific work to detecting marine munitions and developing solutions for monitoring and clearance,” says Professor Dr Katja Matthes, Director of GEOMAR.

“Three more projects on the topic are expected to start at GEOMAR this year. In addition to technological developments for explosives detection in the water and an assessment of the risk posed by individual munitions objects supported by artificial intelligence, these projects will focus in particular on the ecological effects of munitions in the sea,” adds Professor Dr Jens Greinert from GEOMAR. “All relevant German research institutions are pulling in the same direction with regard to ecological impacts and form a comprehensive scientific consortium.”

From the point of view of the Kiel Chamber of Industry and Commerce, this will result in investments in the multi-digit billion range for the state of Schleswig-Holstein and opportunities for the export of technologies and know-how. “As a location for maritime industry and marine research, Kiel has the chance to establish a new branch of industry and to put Schleswig-Holstein in the international spotlight,” says IHK President Friederike Kühn.

In total, the programme includes eight panel discussions, a series of presentations and workshops. The German Navy will present its mine countermeasures capabilities at the naval base in Kiel on 8 September. For the interested public, additional side events on the topic of ammunition in the sea will be held, among others by NABU - Naturschutzbund Deutschland e.V. and the Herman Ehlers Akademie (HEA). NABU is offering a beach walk on 9 September from 10 am to 1 pm to raise awareness of the danger of confusing explosives and stones. On the same day, from 5 to 6.30 p.m., there will also be a lecture evening on the history of the Heidkate ammunition dump. For further information, please contact Dr Anne Böhnke-Henrichs (e-mail: Munition@NABU.de, tel.: 030-284984-1638).