Houston-based subsea technology company, Sonardyne Inc., has announced that its deep water acoustic positioning system, Ranger 2 USBL, has been selected for the U.S Navy’s new oceanographic research vessel, R/V Neil Armstrong. The ship is operated by the Woods Hole Oceanographic Institution (WHOI) on behalf of the Navy and replaces the recently retired R/V Knorr vessel which had been in operation since 1970. 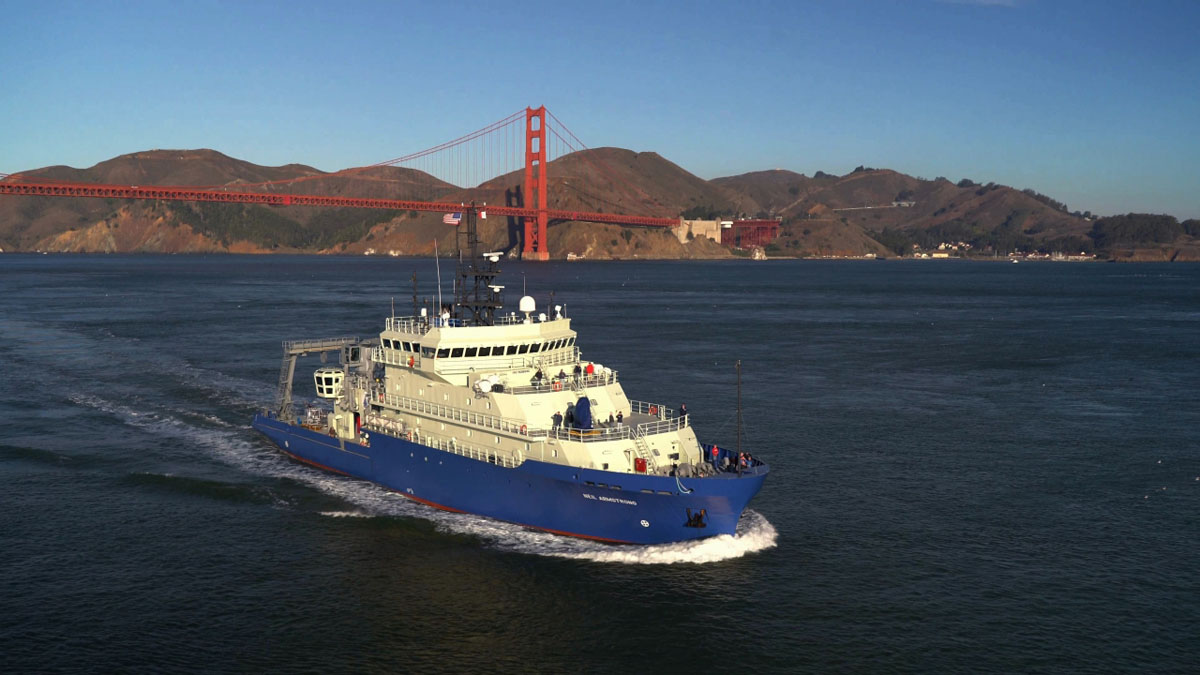 Neil Armstrong is the first of two new Ocean-Class vessels ordered by the United States to fulfil national requirements for a high specification research ship based on the East Coast of the country. With an endurance of 40 days at sea and accommodation for 20 crew and 24 scientists, Neil Armstrong is equipped to carry out advanced mapping, sampling and sustained observation missions around the world.

Sonardyne’s Ranger 2 USBL (Ultra-Short BaseLine) acoustic positioning technology will support the vessel’s work by enabling science teams to precisely monitor the position of underwater targets deployed from the Neil Armstrong. These will include ROVs, AUVs, towfish and seafloor landers.

Kim Swords, Senior Applications Engineer with Sonardyne Inc. said, “We are honoured that our Ranger 2 USBL technology has been selected for the nation’s most advanced research vessel. With the system now installed, we look forward to supporting WHOI through the commissioning phase of the contract and then seeing the results from its first expeditions later this year.”