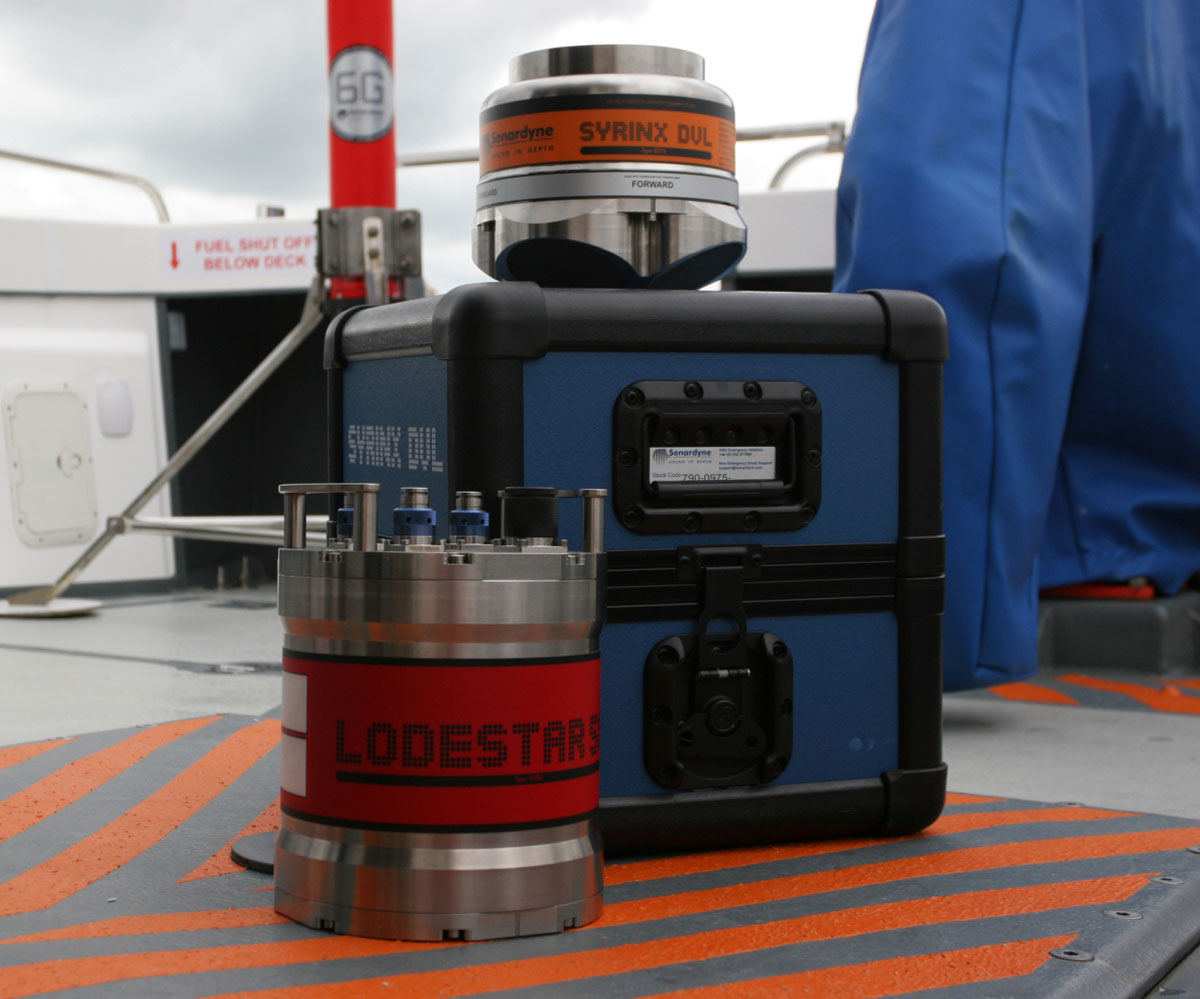 The significant equipment investment, which also included six ROVNav 6 acoustic transceivers, will be added to Seatronics’ existing SPRINT rental pool in Aberdeen from where it will be made available to support oil and gas field development projects across the globe.

Introduced onto the market over 10 years ago, Sonardyne’s SPRINT makes optimal use of acoustic aiding from data sources including USBL, sparse LBL and DVL and pressure sensors to improve the accuracy, precision and reliability of subsea vehicle navigation.

The Syrinx DVLs purchased are able operate at altitudes up to 50 percent higher than conventional 600 kHz DVLs with the high resolution performance of a 1200 kHz DVL, all whilst navigating over undulating and challenging terrain of any type.

They will complement the SPRINTs by providing tight beam-level aiding to deliver unprecedented positioning performance, even if one or two DVL beams become unavailable. Co-locating plates supplied as part of the contract allow for the two units to be mated and pre-calibrated prior to mobilising equipment offshore. If needed, the units can be uncoupled, used independently, then re-connected and still be considered calibrated such is the precision of the Sonardyne co-locating arrangement.

“The purchase announced today follows the initial investment in SPRINT Seatronics made last year,” said Scott Gray, UK General Manager at Seatronics. “In that time, we’ve seen significant utilisation for the hardware and a rise in the number of project specifications calling for Sonardyne’s hybrid approach. We consider now to be the right moment to increase our inventory levels in readiness for a positive 2018.”

Sales Manager at Sonardyne, Paul Griffiths said, “Whether in the form of the co-located units purchased by Seatronics or as a single instrument, SPRINT-Nav, our all-in-one approach to subsea vehicle navigation delivers performance that’s as good as a fraction of a metre over many kilometres travelled. This translates to projects being completed in less time and for less cost. He added, “Seatronics is a long term commercial partner and we are confident they will quickly begin to see a return on their investment.”